10 Most Beautiful National Parks In The Lower 48

A Guide to Exploring America’s Most Iconic Landscapes

Known as the hottest place on earth, Death Valley is truly a land of extremes. The unrelenting heat of the summer makes it almost unbearable to be outside, while the daily temperatures in the middle of winter makes it a comfortably cool place to explore. Don’t miss the highlights of Badwater Basin, the lowest point in North America, or the breathtaking Mesquite Flat Sand Dunes. If you have several days to explore, driving through Titus Canyon is an incredible experience where you can visit what remains of a mining ghost town.

Glacier is one of only five national parks in the lower 48 states that have remaining active glaciers (the others are Olympic, Mt. Rainier, North Cascades and Yosemite). The most popular is Grinnell Glacier which you can hike to from both the West and East side of the park. A must do for any first time visitors is driving the narrow two-lane Going to the Sun Road in its entirety and watching the elevation climb 3,000’ before your very eyes, just don't look down!

As the #1 most visited national park, Great Smoky Mountains has captured the hearts of millions of Americans. The iconic Smokies are actually a subrange of the Appalachian Mountains and are aptly named for the hazy fog that surrounds them. Along with being the most popular national park, it also has one of the most diverse ecosystems in North America.

Whether you visit the north or the south rim, you cannot go wrong with a multi-day visit to the Grand Canyon. At 277 miles long and up to 18 miles wide, the canyon stretches as far as the eye can see. Having been carved by the force of the Colorado River over millions of years it is one of the world’s greatest natural wonders.

Seeing the Teton range for the first time is a memory you won’t forget! Rising over 7,000’ from the valley below, the Tetons do not have foothills. The dramatic vertical relief of the peaks is visible for miles around and is one of the most impressive sights in the park system. Not only is this park incredibly picturesque, but it is also one of the best places to see wildlife in America. Elk, bison, antelope, moose, black bear and grizzlies all roam these lands.

At 14,411 feet, Mount Rainier stands as the highest point in the Cascade Range. More than 25 glaciers descend the flanks of this stratovolcano, which is often shrouded in clouds that dump enormous amounts of rain and snow. Surrounding Mount Rainier are endless valleys, waterfalls, subalpine meadows and old-growth forests to explore on foot.

Home to the largest trees on earth, Sequoia National Park was created to preserve the old growth forests in the mountainous terrain of the Sierra Nevada. The title of "King of the Forest" goes to General Sherman, a Giant Sequoia more than 2,500 years old which is the largest tree on earth by volume. With their iconic reddish hue and extraordinary size, these Giant Sequoias are truly a sight to see.

America’s very first national park is indeed a treasure full of unique landscapes and geothermal activity. From Old Faithful and Grand Prismatic Spring to the many waterfalls, Yellowstone has something to offer for everyone who visits. The park is the centerpiece of the Greater Yellowstone Ecosystem, the largest remaining nearly-intact ecosystem in the Earth's northern temperate zone.

There was a reason Yosemite was one of John Muir's and Ansel Adams’ favorite places on earth. With sheer granite cliffs like the monoliths of El Capitan and Half Dome to the breathtaking waterfalls of Yosemite Falls and Bridalveil Falls, this majestic valley nestled in the Sierras is truly nature’s wonderland. Don’t miss the view from Glacier point which you can drive or hike to in summer or access by cross-country skis in winter.

The most prominent feature within Zion National Park is the 15 mile long Zion Canyon, which was formed over millions of years by the Virgin River’s unrelenting power of erosion. Other iconic features in Zion include The Watchman, Angels Landing and of course The Narrows slot canyon. Don’t miss the east side of the park and the Kolob Canyon area to the northwest. 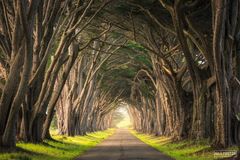 10 Breathtaking Tree Tunnels Around the World 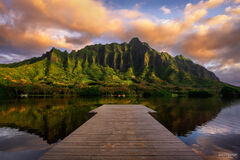 The Big Interview: No Guts No Glory