In the world of fine art the name Bob Ross may not come up frequently, but for millions of aspiring artists he is an icon that continues to inspire and motivate. Bob Ross was the star of the PBS show The Joy of Painting from 1983 to 1994, and although the show ended over 25 years ago its popularity has increased dramatically in recent years. With a likeable soft-spoken manner, easy to follow instructions and beautiful paintings in under 30 minutes, Bob grew a cult-like following over the years. His TV show was only the tip of the iceberg; the business of instructional videos, books and art supplies is still growing today.

Who was Bob Ross?

Bob Ross was born in 1942 in Dayton Beach, Florida to parents Jack and Ollie Ross. He spent many of his early years in Orlando, long before it was home to Disney and mega tourism. Growing up, Bob was fond of animals and had several pets that he helped rehabilitate, including a snake, armadillo, alligator and squirrel. When asked why he had such a soft spot for animals, Bob said that he spent a “great deal of time in the woods” and he would play with the creatures he found. Bob had a special affinity for squirrels, and some of these even made guest appearances on the show The Joy of Painting.

Bob dropped out of high school in the 9th grade and worked as a carpenter with his father, Jack. While working, he had an accident and lost part of his left index finger. At age 18 Bob joined the United States Air Force and served as a medical records technician. While serving in Alaska, Bob rose the to the rank of master sergeant. For those accustomed to the mild manners and soft voice of Bob Ross, this may seem an unlikely position! After 20 years in the military, Bob was quoted as saying, “I was the guy who makes you scrub the latrine, the guy who makes you make your bed, the guy who screams at you for being late to work. The job requires you to be a mean, tough person. And I was fed up with it. I promised myself that if I ever got away from it, it wasn't going to be that way anymore." Nonetheless, Bob’s time in Alaska provided endless inspiration for his future painting career.

While still serving in the Air Force, Bob attended a painting class through the United Service Organizations (USO). This was the catalyst to his painting career, and he spent several years going to art classes. His instructors were often interested in abstract art and theory, but these things did not appeal to Bob. He later attended a class in California put on by Bill Alexander, the star of the TV show The Magic of Oil Painting. Bill specialized in a method called Alla Prima, aka Wet-on-Wet. This technique allows painters to complete oil paintings in a short period of time by painting the entire scene before the paint dries (most oil painting is done one layer at a time, waiting for each to dry). Bob loved the quick painting method and worked to master it. While still in the Air Force, Bob began painting Alaskan landscape scenes on novelty gold mining pans. These proved to be extremely popular and Bob soon was earning a solid income from the sales.

He retired from the Air Force in 1981 and moved back to his home state of Florida to continue his painting career. Soon after, Bob was working full time as a salesperson and art teacher for Bill Alexander’s company Alexander Magic Art Supplies. While teaching a painting class, Bob met Annette Kowalski and she convinced him that he had the skills and personality to pursue his own business in painting tutelage. The two of them worked together to start Bob’s company, and soon afterward the show The Joy of Painting premiered on PBS.

Much of Bob’s success in television (and now as an internet sensation) is owed to his calm, kind personality and soothing voice. Always optimistic and encouraging, Bob made viewers feel confident that they, too can paint beautiful scenes. Throughout the show’s run, Bob had several recurring phrases that viewers came to love. “We don't make mistakes; we just have happy accidents.” was perhaps the most famous of all his sayings. Some of his others are equally as positive, including: “Talent is a pursued interest. Anything that you’re willing to practice, you can do.” and “There’s nothing wrong with having a tree as a friend.”

The Joy of Painting debuted in 1983 and ran until 1994 on the PBS network. The show aired 31 seasons, with a total of 403 episodes. Bob Ross painted in 381 of these episodes, while the remaining 22 episodes featured guests. The format of the show was consistent throughout the 11 years on air, and featured Bob (or a guest) in front of a blank canvas and easel in a non-descript room. Each episode lasted only 30 minutes, which was more than enough time for Bob to turn a blank canvas into a finished landscape painting. With a few brush strokes, Bob started and talked his way through every step of the way. Discussing the paint colors, how to hold the brush, dab the paint, create depth and atmosphere and of course, how to add a few “happy little trees” was Bob’s specialty. Bob was adamant that with practice, any novice or aspiring painter could become proficient and quickly create similarly beautiful paintings. Part of the appeal of The Joy of Painting was the quick format. Viewers did not have to commit to several hours or days of painting theory and instruction before picking up a brush and trying things out on their own. Bob Ross made painting accessible, with a down to earth approach.

Even though Bob attracted millions of viewers and initiated an army of die-hard Bob Ross painters, not everyone is a fan. Bob was essentially Bill Alexander’s protégé, but after he started his own extremely successful show, they had a falling out. Alexander told the New York Times in 1991: “He betrayed me.” “I invented 'wet on wet.' I trained him and he is copying me—what bothers me is not just that he betrayed me, but that he thinks he can do it better." In the same 1991 NYT article, Bob declined to name the art teacher that showed him his famous techniques, saying “Now he is our major competitor.” The Joy of Painting followed the same basic formula that Alexander pioneered (and was still practicing), but was much more successful. Most people attribute this success to Bob’s personality and soft melodic voice.

Additionally, Bob had many detractors in the fine art world. Fine art painters, gallery owners, art supply store owners and other art teachers all seemed to have something negative to say about Bob. Generally, this criticism centered on the mechanical approach that Bob took to painting, and how he taught viewers the practicalities of how to paint without necessarily cultivating a unique expression of their own. This type of negativity is quite common from the fine art world, and Bob did not let it affect him. In fact, he said he had no desire to be accepted in the contemporary or fine art world. Bob was a pragmatic individual, and he realized that the majority of aspiring artists just wanted the skills to paint pretty pictures without having to belong to an elite club.

The current Bob Ross craze started in 2015 when Twitch aired a nine-day Bob Ross marathon. Viewership was so high that they added a weekly rebroadcast of The Joy of Painting. Shortly thereafter, Bob Ross, Inc. created a YouTube channel dedicated to Bob Ross. The channel currently has over 4.4 million subscribers and the most popular video has over 32 million views! With most people social distancing and staying at home due to COVID19, Bob Ross’s videos have generated even more interest in 2020.

Additionally, Bob Ross, Inc. instructs and certifies Bob Ross teachers that hold classes on an ongoing basis in-person and virtually. With over 1,500 Bob Ross teachers, chances are anyone can find a local source to begin learning. The classes follow the same basic outline as The Joy of Painting, and welcome people of all ages.

Bob Ross episodes are especially popular with people that seek out autonomous sensory meridian response (ASMR) videos. Bob’s soothing, melodic voice has been a calming presence for millions of people over the years, and now many people watch his show not to learn how to paint, but to relax, relieve stress or to experience an ASMR low grade euphoria.

Where Can I Buy An Original Bob Ross Painting?

Many people have expressed interest in purchasing an original Bob Ross painting. Bob painted a purported 30,000 paintings during his career, and over 1,100 on The Joy of Painting alone (Bob painted 3 versions of each scene that appeared on the show). In 2019, the New York Times wrote an article that delved into this topic and discovered that Bob Ross, Inc. and the Kowalskis have approximately 1,165 of Bob’s paintings onsite at their headquarters. These are mostly stored loosely in boxes and are not on display or for sale. Occasionally, an authentic Bob Ross painting will surface for sale on eBay or more vetted art dealer sites such as Modern Artifact. These have sold for between $8,000 and $55,000 in recent years, but there is truly little data to base this on. If someone thinks they have an original Bob Ross, they can have the painting authenticated by Annette Kowalski (the original business partner of Bob Ross). Anyone searching art sale forums and websites will see an abundance of paintings labeled as “Bob Ross Style;” these are not to be confused with original Bob Ross paintings.

Today, Bob Ross is as popular as ever. His good nature, kind personality and genuine skill continue to inspire artists worldwide. As a landscape photographer, I think back to my childhood when I watched Bob Ross on TV and was continuously amazed at how he could create something so beautiful in front of my eyes. Each time I watched, I was doubtful that the heavy brushstrokes and blobs of paint would turn into a fantastic landscape scene. Then, with a few more strokes and daubs of paint, Bob was able to bring the canvas to life with vivid, colorful landscapes. Oftentimes, halfway through the painting I would think “that is perfect, he should stop right there.” Bob would then paint a foreground and trees, adding dimensionality and depth to the scene. As I compose photographic scenes in nature today, I try to channel my inner Bob Ross and find “happy little trees” to frame my scenes, all while appreciating the beauty that surrounds me. I imagine Bob felt similarly when creating his own inspired art.

“You can do anything you want to do. This is your world.” – Bob Ross 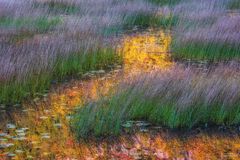 Art Galleries Near Me | Where to Browse & Buy Fine Art 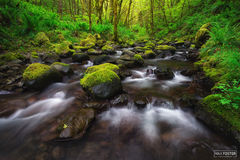 The Benefits of Nature Photography Artwork